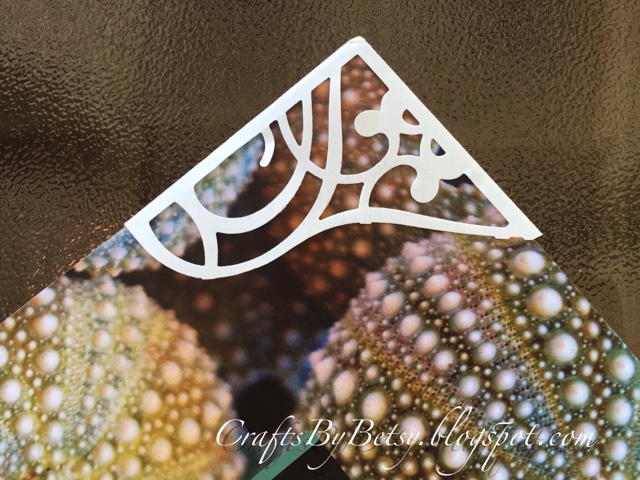 I don't remember exactly where I first saw a corner of an envelope made into a bookmark but I believe Pinterest pointed me to this blog post where she makes a nice corner bookmark using washi tape.  I immediately started thinking Zentangle®. 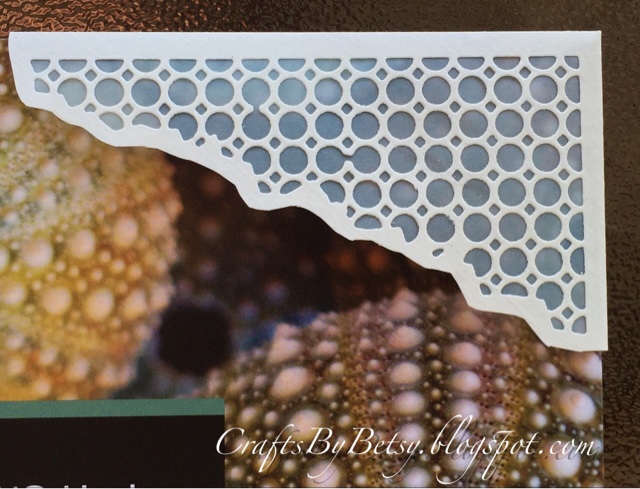 I used the same Sizzix die set I used last week and made an envelope from some linen paper.  Making the envelope allowed me to add the decorative die before folding and sealing. I thought these were so pretty! In addition to the Sizzix die, I used a set from Memory Box found here. And then there was room for tangling on the other side... 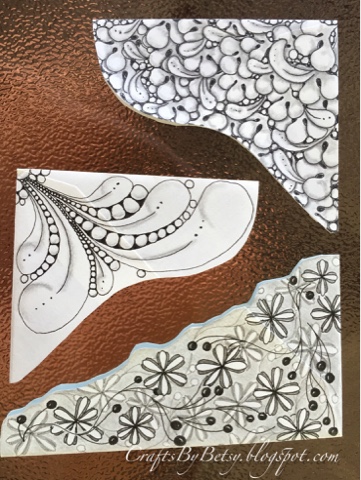 Tangles are Skwim, Flux, Double 8s and El Prado.  Although the first bookmark above is pretty, it wasn't practical because the pages would get caught in the die cut as I moved the bookmark around. That's when I decided to add a vellum layer you see in the second. Perhaps I'll tangle both sides next time. That would be a nice way to recycle an envelope, especially a piece of mail with a cool postmark or maybe from someone special.

By the way, if you think that image is cool of the sea shells, it's a freebie from the paint chip section of the hardware store, showing you recommended color combinations when you open it up. (To be used for a later project no doubt ;-)
Posted by Betsy Wilson CZT14 at 6:00 AM