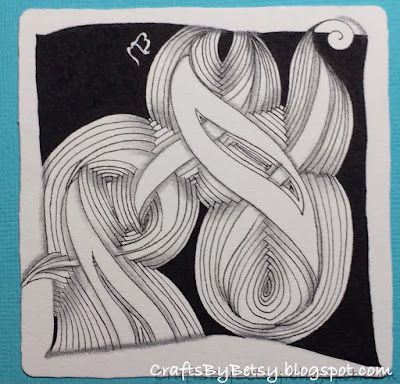 If you haven't heard, and even if you have....Zentangle® has a new tangle pattern called Ellish. It's easier than it looks. But it does help to have rhythmic patterns like Betweed or Arukas under your belt. Ellish is a pattern that also just begs you to try different letters, numbers or shapes with it (besides the "L" it's named for). If you check out the Mosaic app, be sure to search #Alphabellish as well as #Ellish. And be sure to check out The Diva's website for all the different interpretations!
I wanted to make a tile for my daughter who recently passed her Enrolled Agent exams with the IRS. I thought tangling the EA initials would be perfect for a card for her! 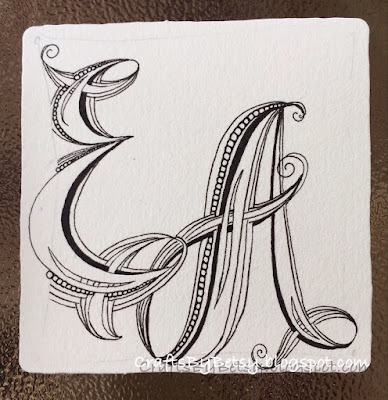 I was really happy with the initials but wanted to add something more to the tile without overwhelming the focal point. I decided adding color would be the ticket. I used Gelatos and water to make this nice blend. You can't see it, but there is a metallic gold champagne over the green which adds subtle sparkle. I was happily surprised to read the Gelatos are lightfast and permanent when dry! 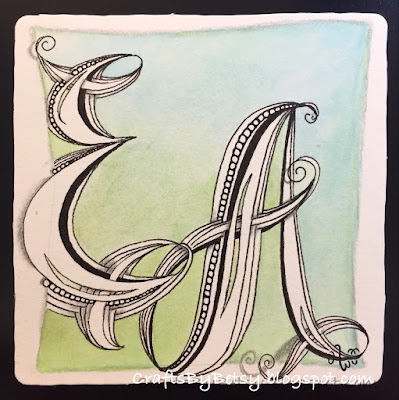 The card is a 5.5 inch square card made from Crafter's Companion pearl cardstock. I used my Spellbinders Nestabilities dies to cut some mats from scrap cardstock and a Marvy Uchida punch made those corner slits. Photo corners hold the tile and its mat in place so they could easily be removed. 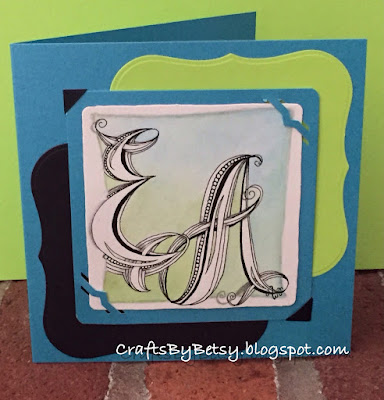 Thanks for stopping by. Thanks also for your encouraging comments, when you're able to leave them. I know a few of you have had trouble leaving comments. I'm not sure what the problem is or how to fix it, so I'll just assume you all tried ;-)

Posted with Blogsy
Posted by Betsy Wilson CZT14 at 6:00 AM 12 comments: Links to this post 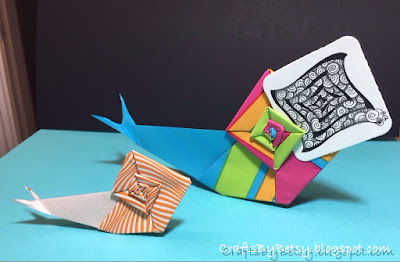 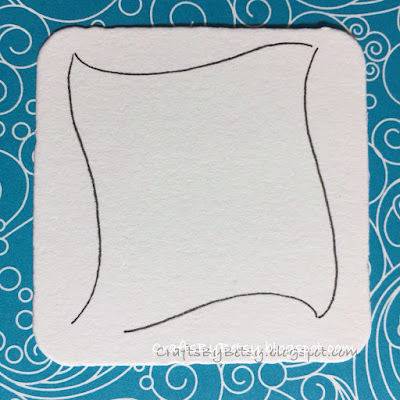 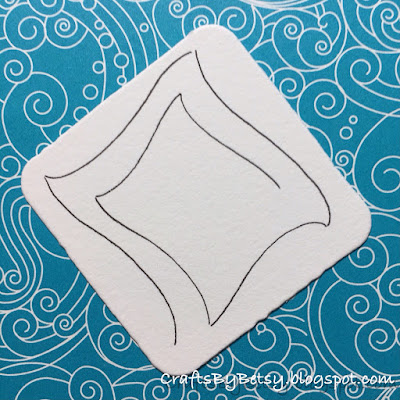 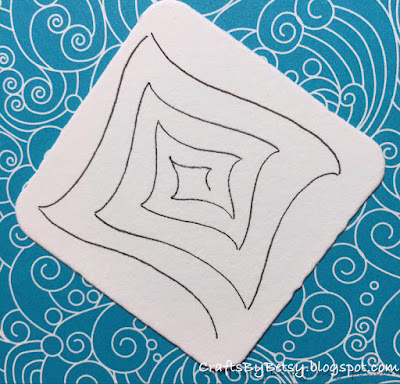 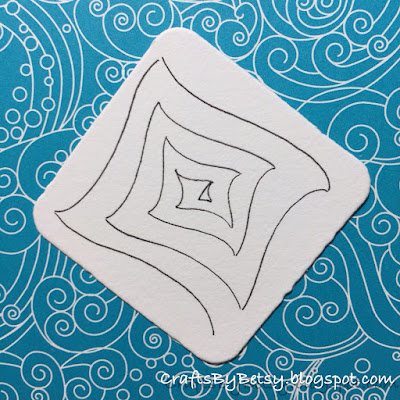 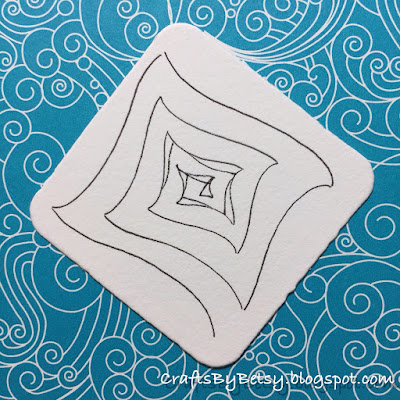 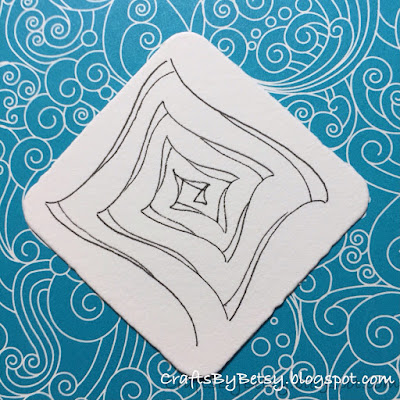 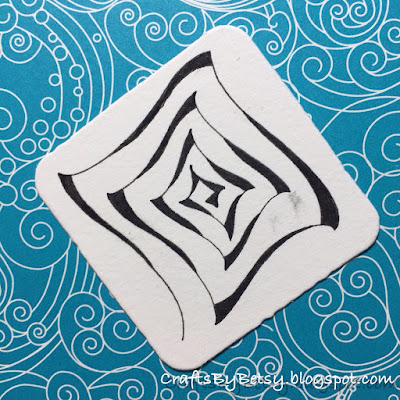 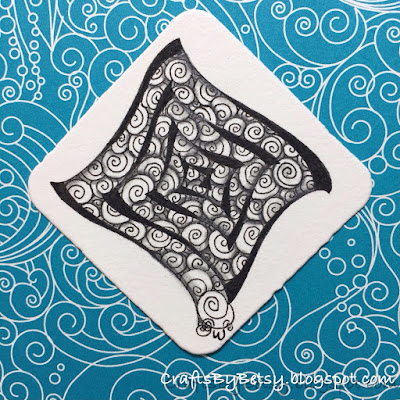 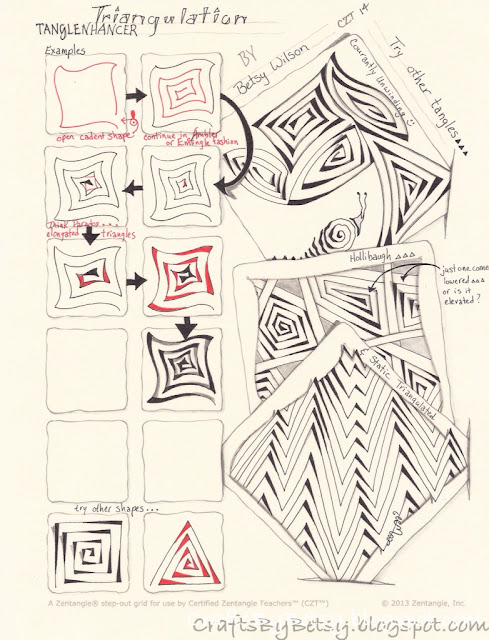 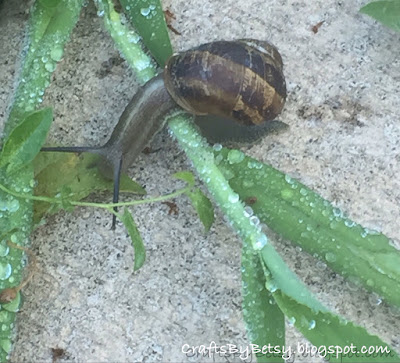 Posted with Blogsy
Posted by Betsy Wilson CZT14 at 6:00 AM 9 comments: Links to this post

A new tangle AND a new class.  Be sure to check out the Zenstones Color Class tab above for more information  on the class.

And now, check out the new tangle I have for you! That's it in the border above. (Hollyhock, by Jason Lau, is in the middle.) I've been playing around with it since early April, stumbling into it as we were driving home from Moab Utah. I struggled with the name for a while. It was nearly LeaMo ( for LEAving MOab) but it just didn't sound quite right. Eventually I got my husband in on the act. As my other tangles (i.e. Maryhill, Skwim) were named after places, I wanted to include our Moab adventure somehow. He suggested MoFins after a jeep trail called Fins and Things at Moab. It just seems to fit!
Lots of variations here, you can pick and choose what steps to use! Here is the original version.

But sometimes elegance is simpler.
You can use the first step as a string and fill with tangles.
Why not consider the first step as reticula? What about fragments?
Border examples in my bullet journal.
Playing with white ink on black paper.
Just having fun. 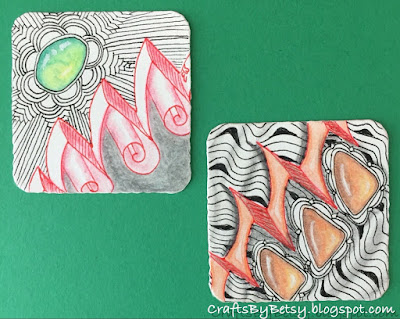 Posted with Blogsy
Posted by Betsy Wilson CZT14 at 6:00 AM 9 comments: Links to this post 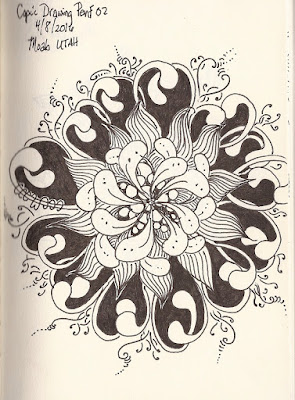 My favorite Zendala I worked on during our recent trip to Moab. This is in my mandala journal which is about 4" x 6". I tried out a Copic Drawing Pen (a disposable fountain pen) nib size F02. I enjoyed it, but it died before I got home. Not sure whether the dry climate added to its demise, but it only lasted through about 5 drawings of this similar size. Tangles are Fluz, Tipple, Enyshou, Mooka and Zinger. 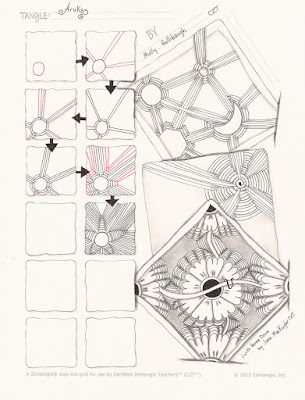 One of the wonderful things about being a CZT is having my own Zenthology (Step-Outs for tangles) that was current when I when to classes 2014. I wanted to add "official" tangles that have been added since. I only finished two so far (again while on vacation) Arukas and Zenith. I liked exploring some different options/variations. 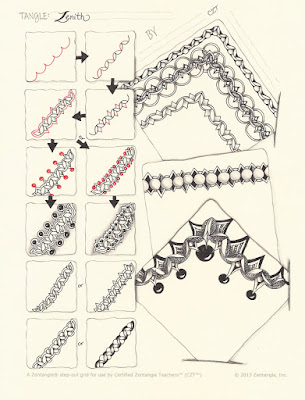 Thanks for stopping by, have a great week!