Toodles - and being open to change 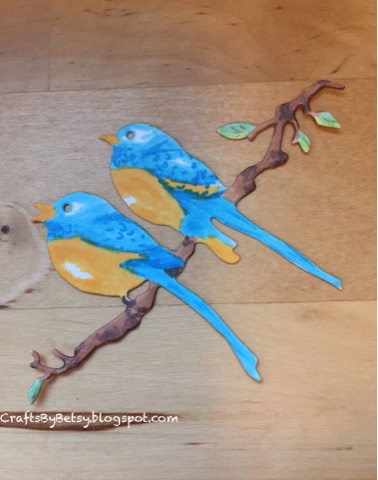 Sometimes I start out with a plan, but it's always a good idea to stay open to change.  I started with this die cut, The Sweetest Sound II by Penny Black, that I colored with Copic markers.  I wanted it to be a  "string" for a tile so I traced around it onto an apprentice tile.  I added Diva Dance (Zentangle® video) and Toodles (new tangle Zentangle video), alternating both until it looked complete. 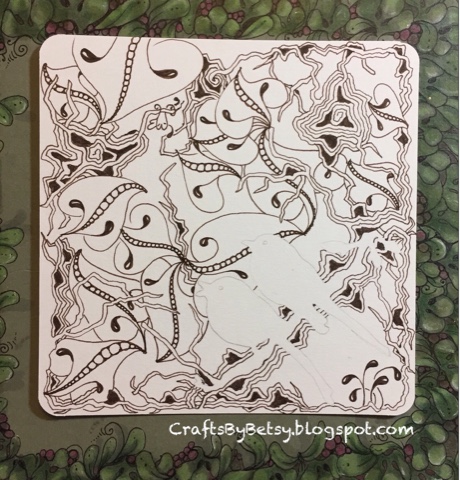 But when I held the die back up to the tile, it just seemed to get lost.  I decided to try a second layer of the die behind the first and added a dark walnut ink to the second die so I could use it slightly offset as a shadow for the first.  But something odd happened.  Somehow the scrap of cardstock was damaged and the ink wouldn't stick to it evenly. The more ink I added, the more pronounced the "hotspot".  But it was so pretty!  I held it next to the tile and, yup, that's the one...to use alone!  The Copic one will just have to wait for another project......