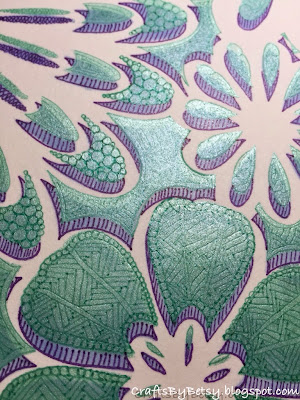 I needed to catch up on my cards, and I was hoping to do something with color and Zentangle®. I saw this YouTube video by Jennifer McGuire using stencils and stamping ink. I thought I'd try that but change it up a bit. I started by cutting Strathmore Mixed Media vellum surface 140 lb paper into 4" x 5 1/4" pieces. I taped them to my craft sheet (taped to the back side of the paper) and placed a 12 x 12" Crafter's Workshop stencil called Flower Frenzy over them. I started with Brilliance pearlescent pigment ink byTsukineko using small finger daubers to apply the ink. Next I moved the stencil slightly and then instead of using dye stamping ink as Jennifer did, I used my Copic air brush for the next layer. The Copic added a light coat of color that let the pearlescence still show thru. So the Copic looks like a shadow or a reflection even though it was applied on top.  It was a really pretty, shimmery effect. Instead of just cleaning my stencil at that point, I pressed shipping tags and ATC sized Bristol vellum over the stencil to pick up a second, third and fourth print. If it didn't pick up, I spritzed rubbing alcohol over it and tried again. I have a dedicated pump spritzer, like you use in the kitchen for oils, strictly used for the craft room filled with rubbing alcohol. After cleaning my stencil, I heat set the pigment ink and then tangled onto the colored areas. I used, black, green, purple, orange and brown Sakura Pigma microns. I also used a white Sakura Gelly roll for highlights on one card. No shading. I then adhered them to A2 sized cardstock in various colors. 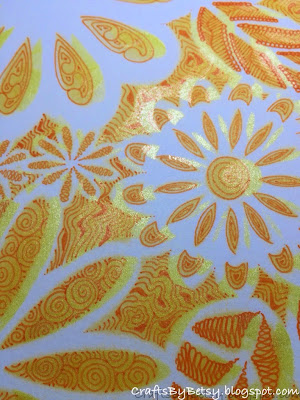 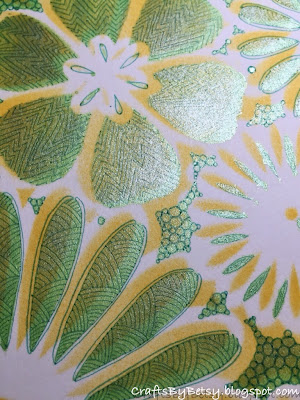 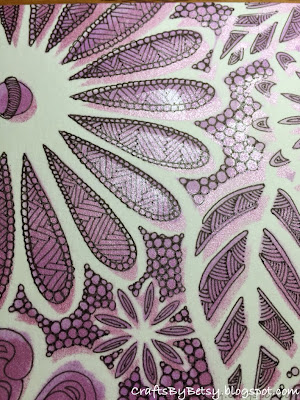 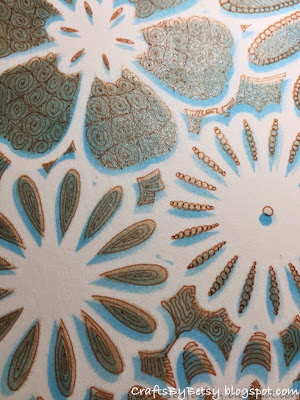 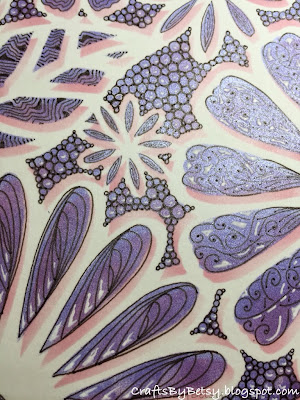 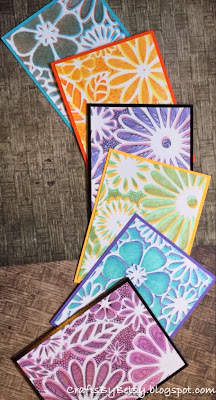 These were quite fun. I ended up with some nice looking tags and ATCs that might or might not get tangled too! Tangles: Wadical, Shattuck, Fescu, Hibred, Tipple, Mooka, Maryhill, Jetties, Printemps, Diva Dance, Meer, Paradox, Marbles, Tortuca, Amaze and Static. 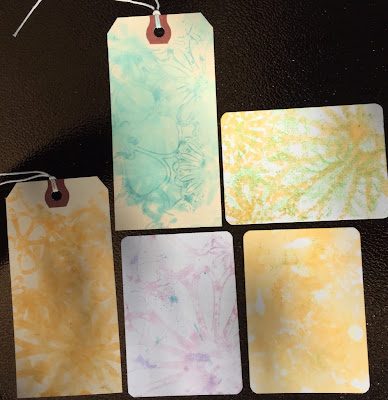 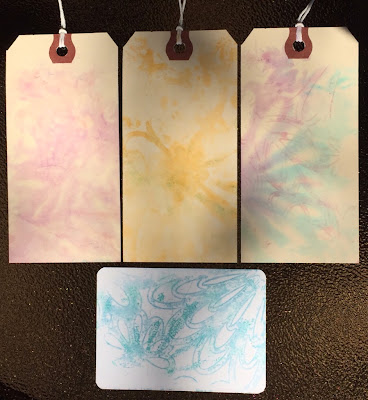